Shilton has been persecuted as an active member of the Southern Cameroons independence movement. This is his story…

I am a member of a non-violent organisation known as the SCNC (Southern Cameroons National Council). I became interested in the Southern Cameroons struggle from growing up in my country where we are being marginalized by the occupational power of La Republic du Cameroun. Since my student days, I was a political activist and campaigned peacefully for the rights of the people of Southern Cameroons. I joined the group on the 3rd of January 2008 while studying at the University of Buea. My aim of joining the group was to see that we Southern Cameroonians are free from the torture and annexation by the dictatorial regime of La Republic.

I look around my country and all I see is deprivation, no good roads, no good schools, poor healthcare and poor infrastructure. Despite all this, my country is very rich in natural resources but these resources are poorly managed and used in developing La Republic du Cameroun. I realized the best way to address these issues peacefully is joining the SCNC as it was the only non-violent platform to liberate my people from colonialism (which is of course illegal under international law).

Meetings are banned and members are arrested and tortured; so when I joined, my role was to dispatch tracks carrying liberation messages, letters and verbal confidential messages to different counties secretly. Things did not go as expected.

I was arrested on the 10th of February 2008 at about 5:00 pm at Foncha Street junction, Bamenda, while we were carrying out a sensitisation campaign aimed at uniting the population against 11 February Celebrations.

This was done through the distribution of tracts and sensitising the public to boycott 11 February youth day celebration because 11 February was the plebiscite day. A day that the UN sold us cheaply to La Rebuplic du Cameroon by conducting a plebiscite in Southern Cameroon where we were given obnoxious questions either to gain our independence by joining La Republic du Cameroon which had already gained independence under France or the Federal Republic of Nigeria but we were not given a third option by gaining independence ourselves. Knowing that we are a minority and we will be subjugated, we decided to join La Republic du Cameroon. Since then an Anglophone has never ruled Cameroon and we are considered as second class citizens in Cameroon.

Suddenly, we were surrounded by a truck of armed policemen. It was chaotic and there was a stampede. I was confused on what to do and I suddenly found myself in the middle of five armed police officers because the other members had escaped. I was arrested and taken to Bamenda public security police station. Arriving at the station, my fingerprints and photograph were taken. I was kept in a very small cell measuring 4m x 4m square with very deplorable conditions. It was a very traumatizing experience. There was limited ventilation (just a very small window at the top), no electricity, no toilet facility and no beds. We were forty people in one cell meant to host ten prisoners. The cell was infested with rats, cockroaches. We had to use a shared bucket as our toilet. I was locked up with women, including one who was pregnant. We had no medical care and we were given dirty water to quench our thirst.

I was stripped naked with cuffed legs and arms and my legs forcibly stretched out. I was beaten with a machete on the soles of my bare feet and then forced to dance on sharp gravel singing the praise of President Paul Biya in French. I was then placed in a very hot cell.

I spent 5 days at the police station with constant torture.  I was also forced to parade naked in front of female officers, mocked and denied food and water. During these periods of torture, I was interrogated and asked to confess to the crime of trying to divide the country. I was forced to sign a document denouncing SCNC and that I will never take part in any SCNC activities. I was told that if I am ever caught again, I would be killed. I had to comply by their terms for fear of my life and because I could no longer bear the torture. Anglophones are excluded from the political domain particularly in key government appointments which involve decision making. It is impossible for La Republic government to appoint an Anglophone to head sensitive ministries such as Foreign Affairs, Ministry of Finance, Ministry of Defence or National Education.

I was again arrested On Saturday 27th of July 2013. The arrest happened at approximately 2:30 pm. I was attending a private meeting organised to fill vacant positions in the National Executive Committee and to organise a memorial mass at the St. Theresa Catholic Cathedral in Kumbo to honour Southern Cameroons activists who have dedicated their lives and work to the restoration and sovereignty of the Southern Cameroons nation.

We were arrested by a team of gendarmes and local La Republic du Cameroun police forces. This was a massive arrest of more than 79 members including some executive board members like Dr Nfor Ngala Nfor (The National Chairman), Ntungia Michael (SCNC Northern Zone Chairman), Tita Joseph (SCNC National Treasurer), Priscilia Khan, Vivian Tangwa. Our Fingerprints and photographs were taken and we were unlawfully detained and tortured.

We were locked up in Kumbo gendarmerie brigade. My torture did not just come from the forces of La Republic but also came from other co-detainees. The older prisoners wanted me to pay the “new man tax” as they called it, but since I had no money on me, they tortured me mentally and physically. I was forced to dance without music, it was very hot and ventilation was very poor. When it was hot, I was asked to fan them. I was ganged raped on various occasions. The cell was infested with rats and cockroaches.

We were later transferred to the Northwest Regional Delegation of National Security in Bamenda and we were kept there for about three hours and then ferried to Gendarmerie legion. The authorities of La Republic du Cameroon tortured me forcing me to reveal secret information about SCNC, their meeting grounds and also how they are planning to overthrow the government of La Republic.

Life there was characterized by physical and psychological torture. I was beaten at regular intervals in a torture chamber. Police officers used a cane measuring about 1.50 meters long that was fixed between two long metal poles implanted on the ground. I was suspended on this cane with hands and legs tied. The longer I was detained, the more torture I received. In the middle of this torture chamber, there is also a metallic chair suspended by a bar, at the extreme of this chair are two whips separated by a distance of about 1.50M from the chair. This whole structure is controlled by electricity. When the current is switched on, the chair makes a forward and backward movement. This movement is accompanied by the movement of the cane. I was tortured on this chair many times during my detention. I was continuously tortured for 7 days.

On the 03rd of August 2013, I was discovered by the Human Rights Defence Group in Cameroon during one of their occasional visits to detention centres who ascertained that I am a prisoner of conscience. They intervened for my release which they eventually succeeded but I was told by the occupational forces of La Republic du Cameroon that they would keep close eyes on me and they made me sign a document that I would not be involved in any secessionist activities.

Later, in 2014, I had admission to study in the University of Portsmouth and I finally travelled out of the country to the UK because Cameroon was no longer safe for me. But after a few months in school I suddenly realized I wasn’t myself anymore. I couldn’t concentrate on my studies anymore. I kept on having nightmares like I have been arrested and about to be executed. I sometimes would attempt to run whenever I heard the sound of the police vehicle. I was suffering from severe insomnia. This went on for a couple of weeks and I had to see the school GP. I finally booked an appointment and after having an emotional meeting with the GP Dr Anne Lawson, she concluded I was suffering from PTSD and referred me to the University Mental Health Coordinator Pam Ringland where I was assessed and she concluded I was suffering from severe depression and severe PSTD. I could no longer concentrate on my studies. With the tension back home, things became so difficult and the support I used to get back home stopped as my family was on several occasions being threatened by the authorities. Our house being raid many times by the police.

On the 21st of September 2015, after my dad had struggled to relocate forces of La Republic traced him attacked him at home and killed him. They had vowed they will wipe out my family.

Till this date I am still wanted by the authorities. They are very ruthless and cruel. I have warrants of arrest for me. I don’t know what next is going to happen as I am still an asylum seeker and I do not know if I will be allowed to stay in the UK. I fear for my life back home but thank God I’m here. We are suffering under the dictatorship and corruption of La Republic. The conditions are getting worse every day. People are still being locked up and others being murdered. There is a serious Anglophone problem in Cameroon, if the United Nations and your British government do not intervene, there would be another Rwanda genocide in Cameroon.

Kumar talks about the horrific persecution he faced as a gay man growing up in India and his desperate search for somewhere that would... 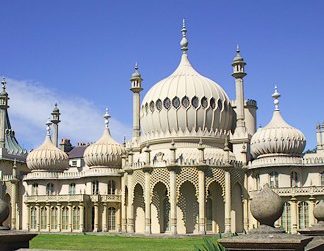 Peter from Zimbabwe talks about his work supporting unaccompanied asylum-seeking children with mental health needs. We discuss how they... 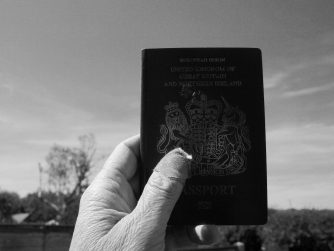 Paul: “Never Give Up”

“It was a nightmare, wasn’t good at all. According to the Home Office, they can come and take you away but you can’t say no. They can take... 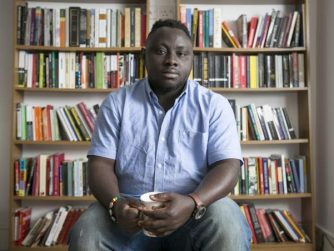 Luqman Onikosi was born in a tiny village near the lakes and forests along the river Niger. I first met him when he was a student at the... 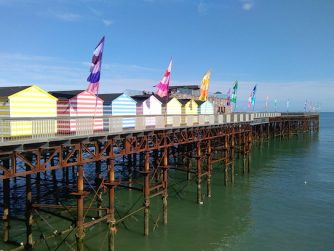 Esraa: “I still drink my tea in the Syrian style”

Ayah interviews Esraa, a young woman from Syria who came to live in Hastings with her family as part of the resettlement scheme. We find... 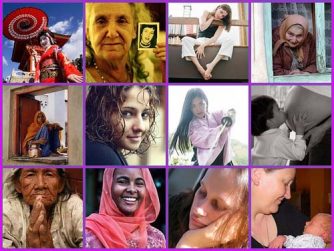 “I arrived into this country over twenty years ago and I’m currently working as an interpreter. I started interpreting on a voluntary basis...